“The Eagle has landed. That’s one small step for man, one giant leap for mankind.” Those were the first words spoken by Neil Armstrong following the moon landing on 21st July 1969. The sentences – which have gone down in history – were heard around the globe thanks to a headset from communications company Poly (formerly Plantronics and Polycom), a momentous achievement the company celebrated at an event to mark the 50thanniversary of the moon landing.

Held at The Science Museum in London, the event provided the perfect showcase for a replica of the Plantronics MS50 headset used in the Snoopy cap which is now on display at a special exhibition in the Exploring Space Gallery. 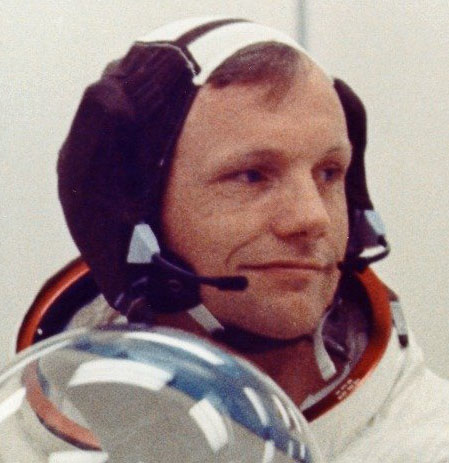 Paul Clark, senior VP at Poly, gave an insight into the company’s innovation story and their involvement in the first moon landing as they look at the future of comms.

“The Apollo 11 landing was not only a momentous event in space history, but a pivotal moment for Poly,” he said. “Through our focus on research and development we are developing world-leading communication technologies that power human connection and collaboration — ideal for those who also carry out their own mission-critical tasks in their daily lives.”

Many technological challenges had to be addressed leading up to the mission to the moon. Never before had humans communicated or collaborated from so far a distance.

“Technology enabled that human connection during the first moon landing when those first words were transmitted back to Earth,” Clark added. “This was sorely tested a few years later during the Apollo 13 space mission with the words ‘Houston, we have a problem.’ A life or death situation that became testament to the power of crisp, clear communications, enabling dispersed groups to come together to solve complex problems.”

Poly has made a significant contribution to the technology that has enabled that crisp, clear and natural communication. The company’s headsets are used in many applications outside of aviation – mission critical, military, emergency services, police, customer services, marketing – with the products moving from mission critical to business critical applications.

“Poly was also the first headset manufacturer to join the Bluetooth consortium when it was launched. Yann Cheri, the inventor or Bluetooth was actually a Poly employee,” he said.

“Our unique heritage in mission-critical communication has laid the foundation for the technology we bring to market today. Poly’s focus on innovation is empowering people across the world by creating amazing ways for them to hear, see, work and collaborate in today’s increasingly digital world,” Amy Barzdukas, executive vice president and chief marketing officer at Poly said, taking to the stage.

The Plantronics MS50 headset was initially supplied to commercial airline pilots in 1962 before being implanted into an astronaut’s helmet by Pacific Plantronics (now Plantronics Inc.). It took only 11 days for the team and NASA to create a working microphone design, including noise-cancelling features, and it was used throughout the Gemini, Apollo and Skylab missions.

The Plantronics MS50 commercial aviation headset has been used by pilots for over 40 years and, with approval by the Federal Aviation Administration, a modified version was developed for air-traffic controllers. Since then, Poly has developed a full range of consumer and business communication products and its headsets, desk phones, and audio and video conferencing solutions are used worldwide. 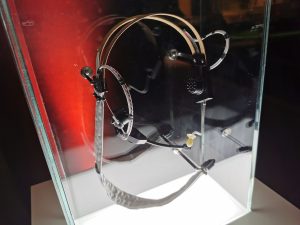